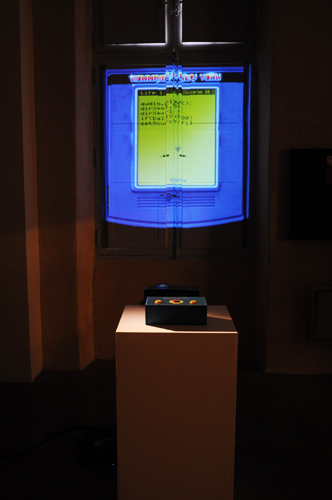 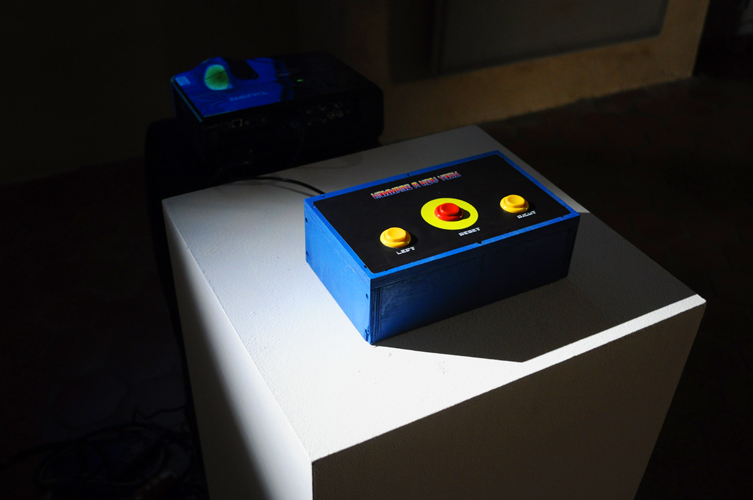 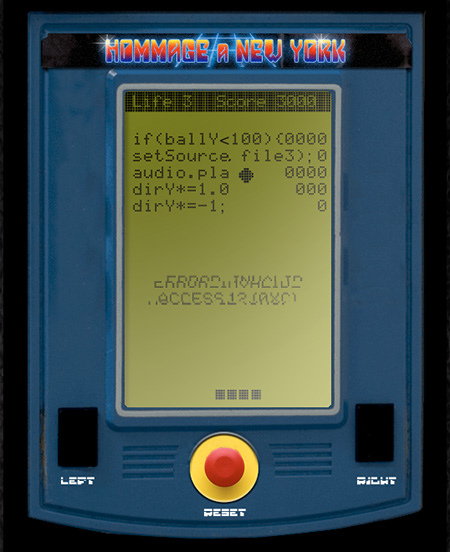 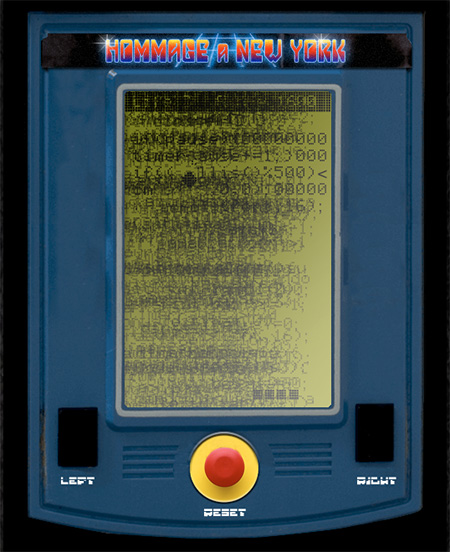 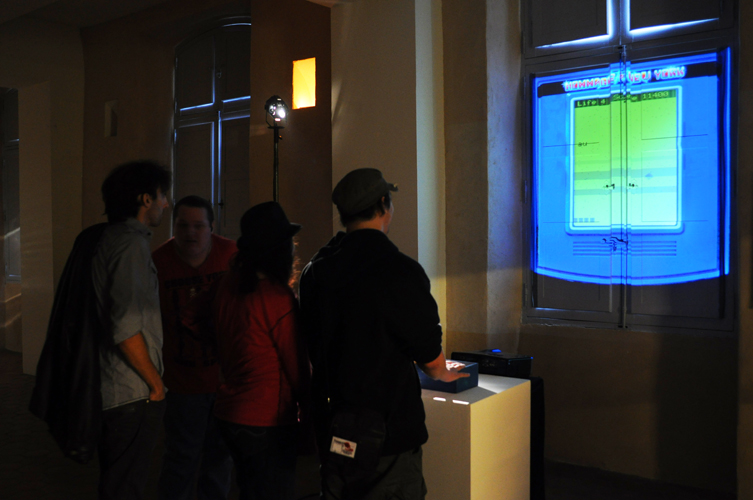 Homage to New York is a game inspired by Breakout (Atari, 1976).

In this version, instead of destroy bricks, the player must destroy the computer code behind the game, which end by inevitably stop working when commands essential to the program have been deleted by the player. A large red button on the control panel allows you to restart the game. Homage to New York has for sole purpose its own destruction, it is impossible to actually win. The title comes from a self-destructive sculpture by Jean Tinguely and Billy Klüver presented in 1960.