When hamsters ruled the earth 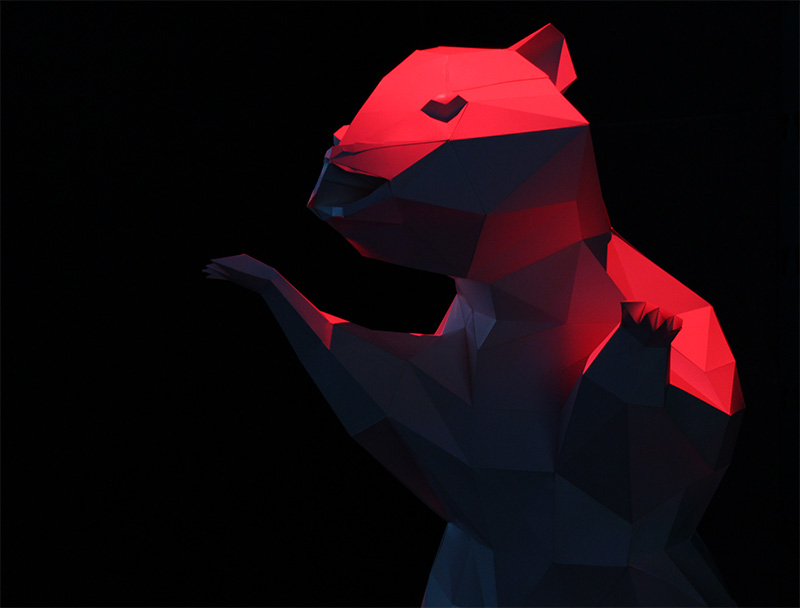 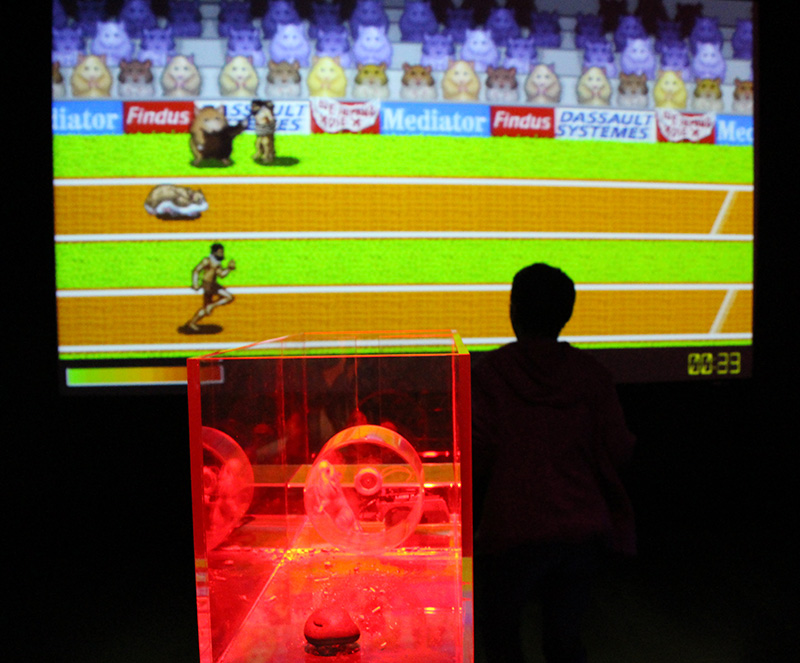 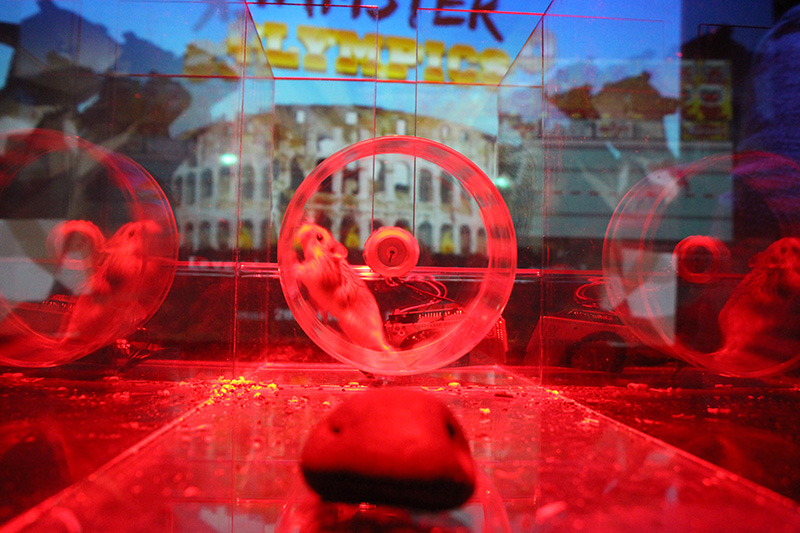 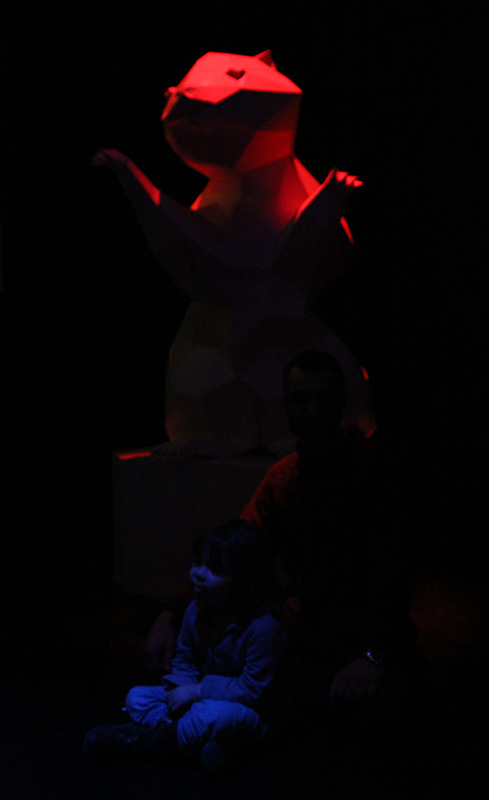 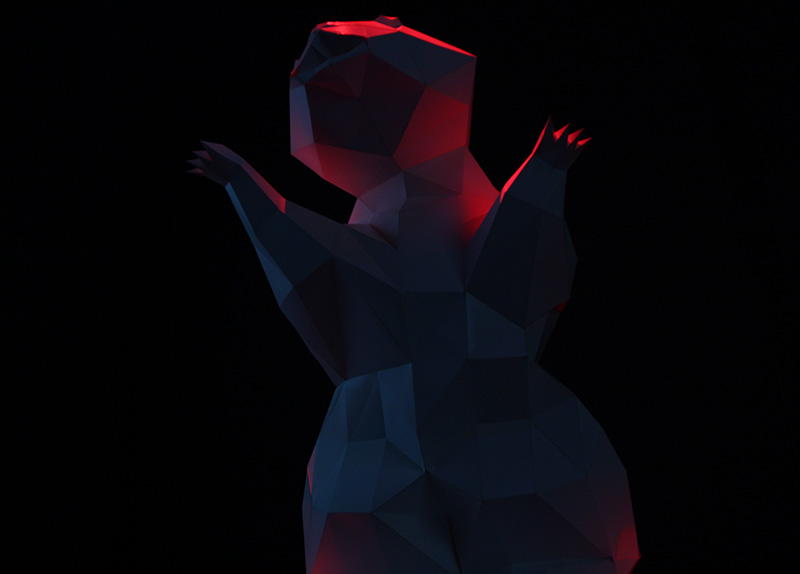 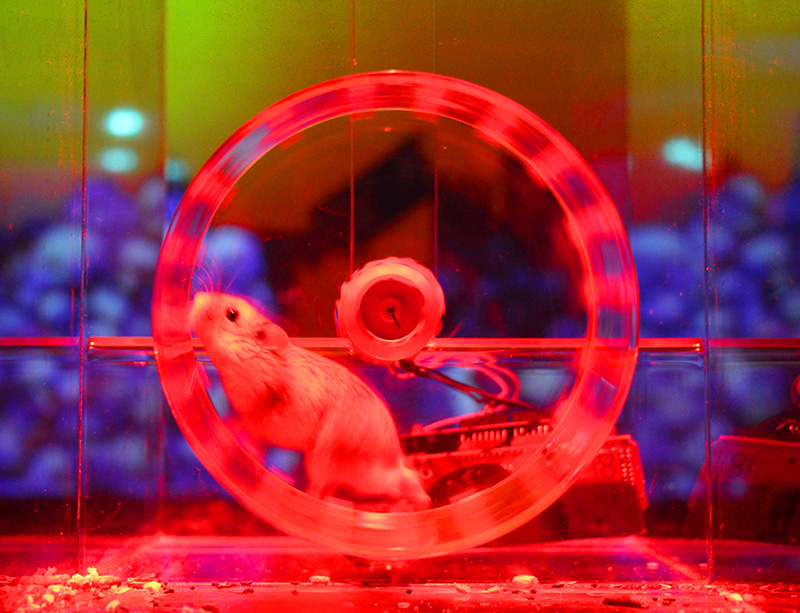 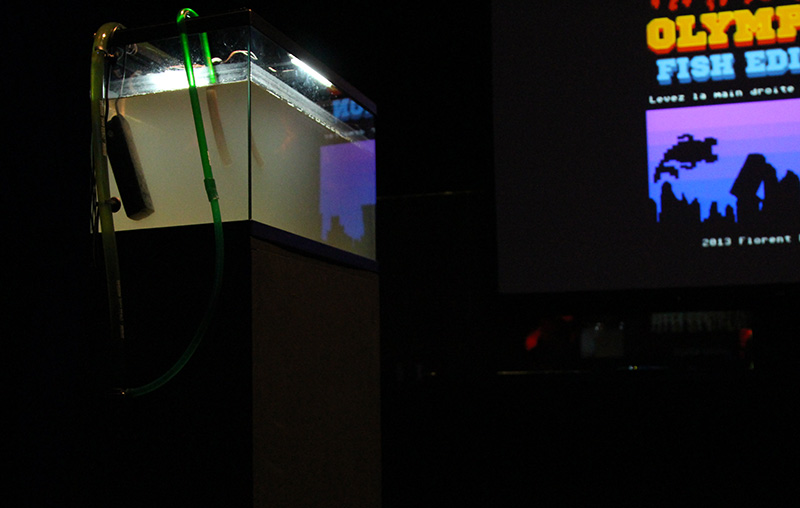 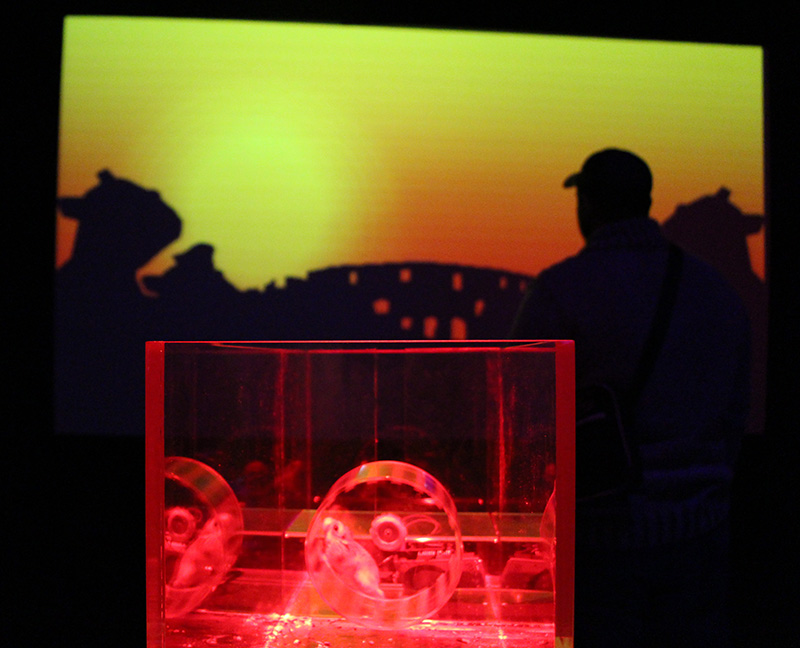 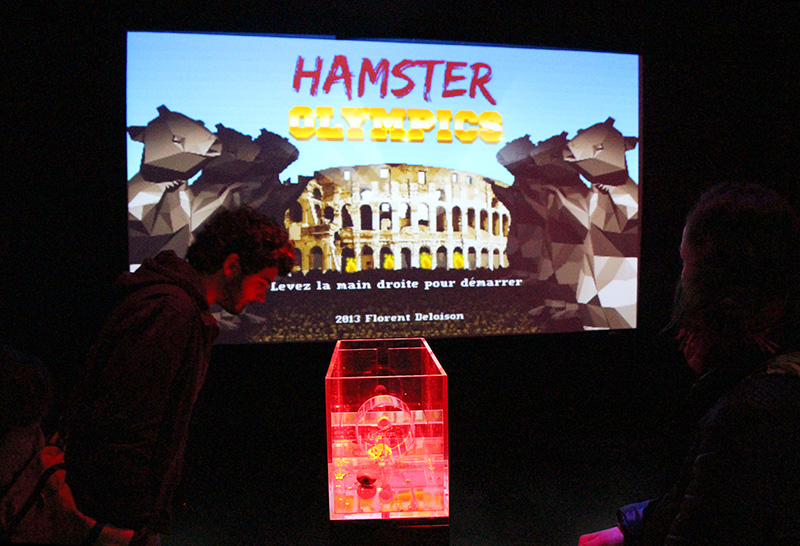 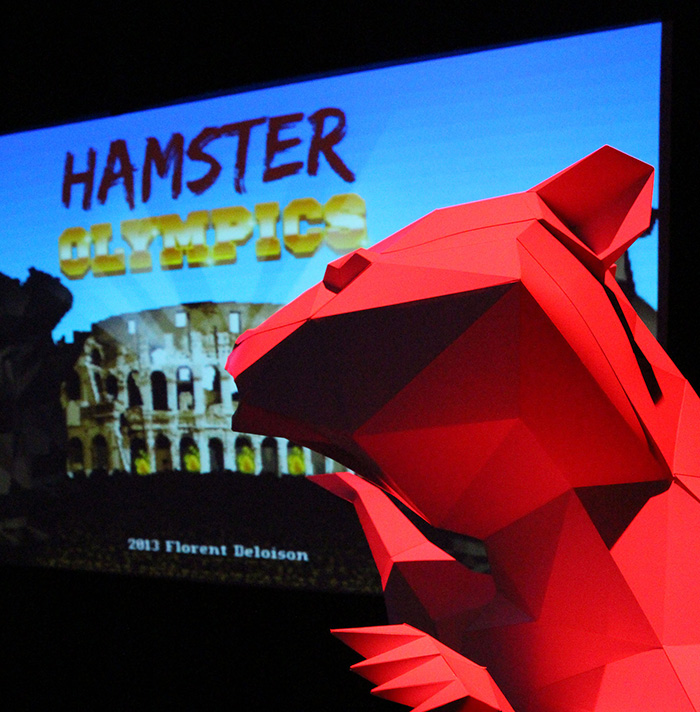 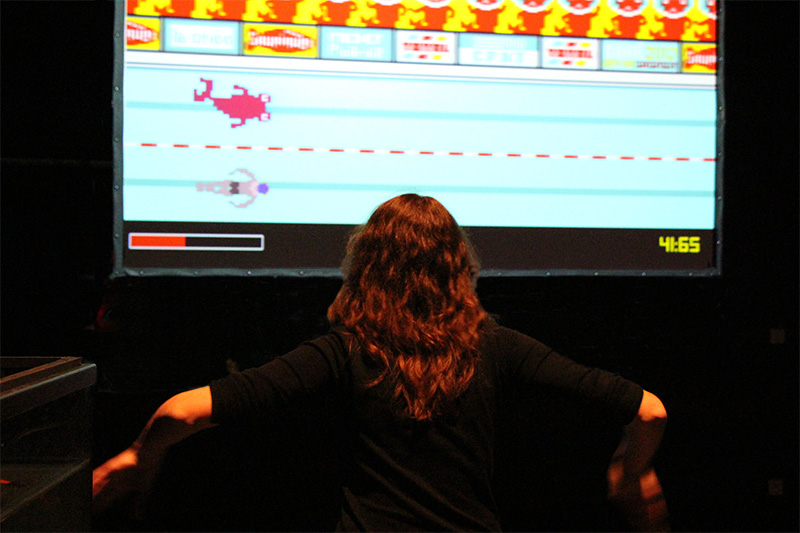 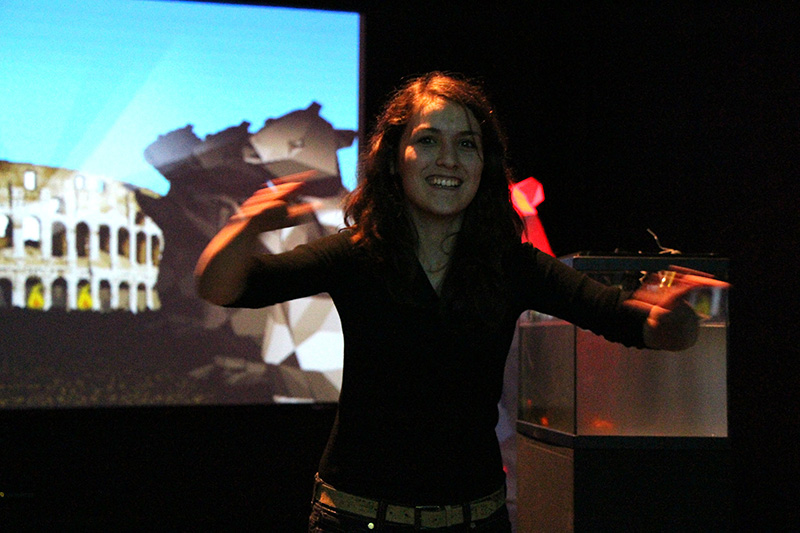 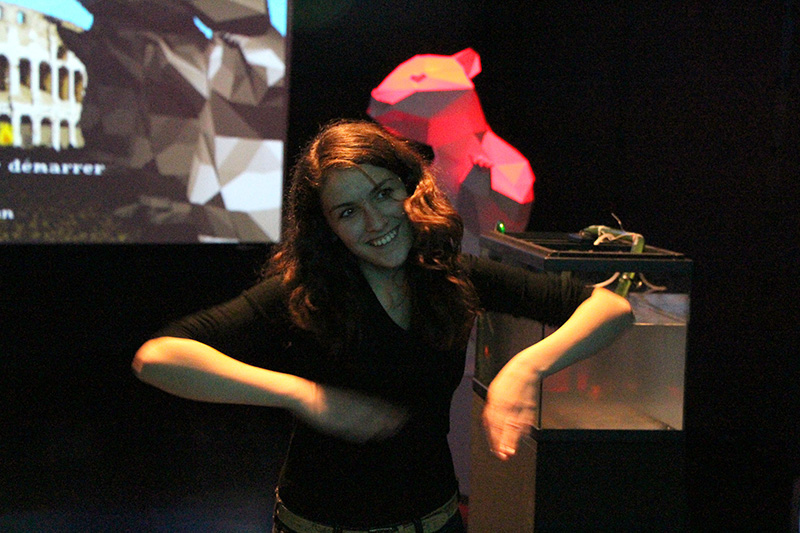 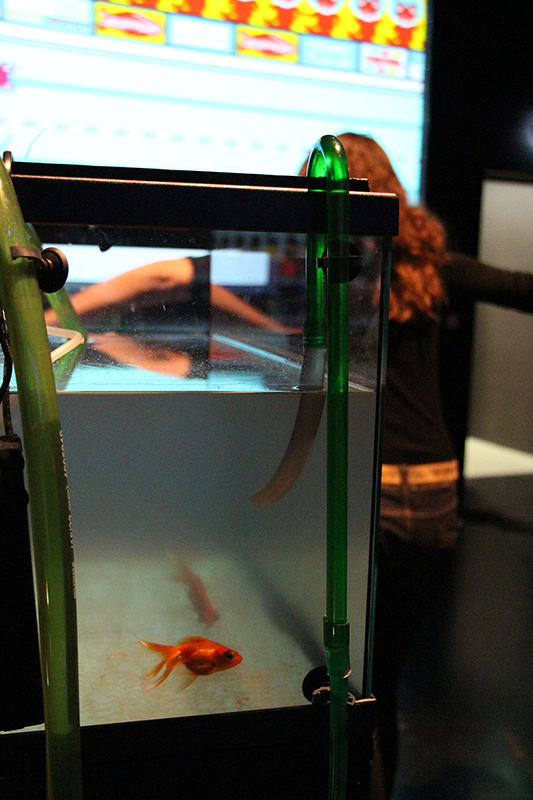 When hamsters ruled the earth is a set of installations featuring Olympic events between real animals and humans , in a fictional universe where hamsters took control of the planet and reduces men into slavery.

The second game , Hamster Olympics: Fish Edition is a game between a goldfish and an human player . A camera placed above the aquarium captures the movement of fish and will transcribe them on the screen. The human player must in turn mimic swimming movements in front of a Kinect sensor.

When Hamster ruled the earth is a playful device which question with acidity an anthropocentrism rooted in our culture. Entrusting game controllers to animals, making them as efficient as a joystick, then it becomes a communication device. Man and animal speak the same language : the playful and sporty performance , a competition which turns to the absurd.