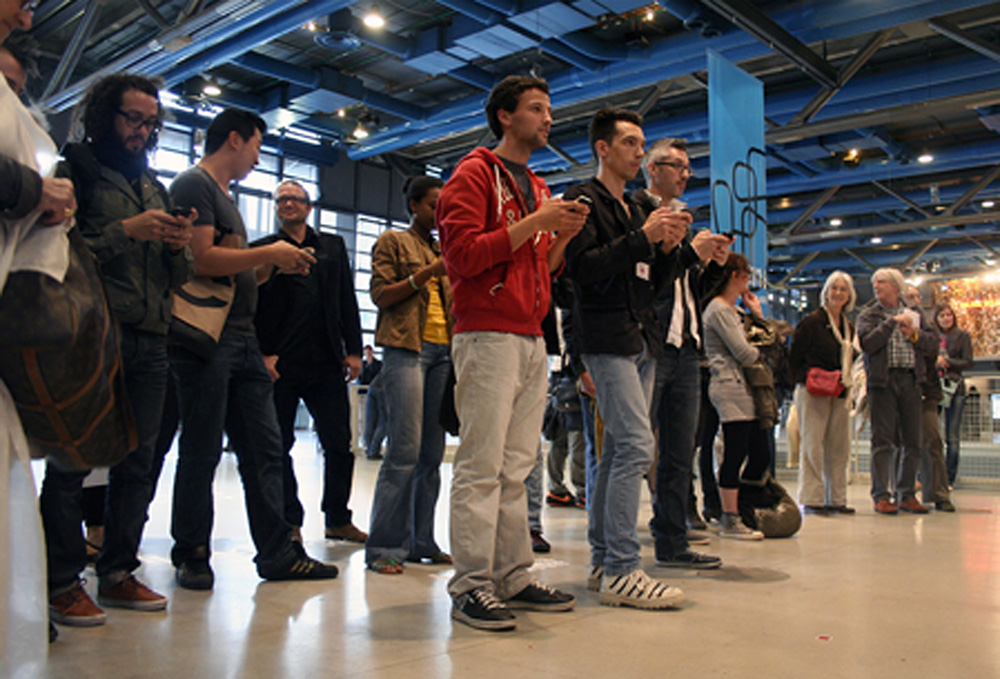 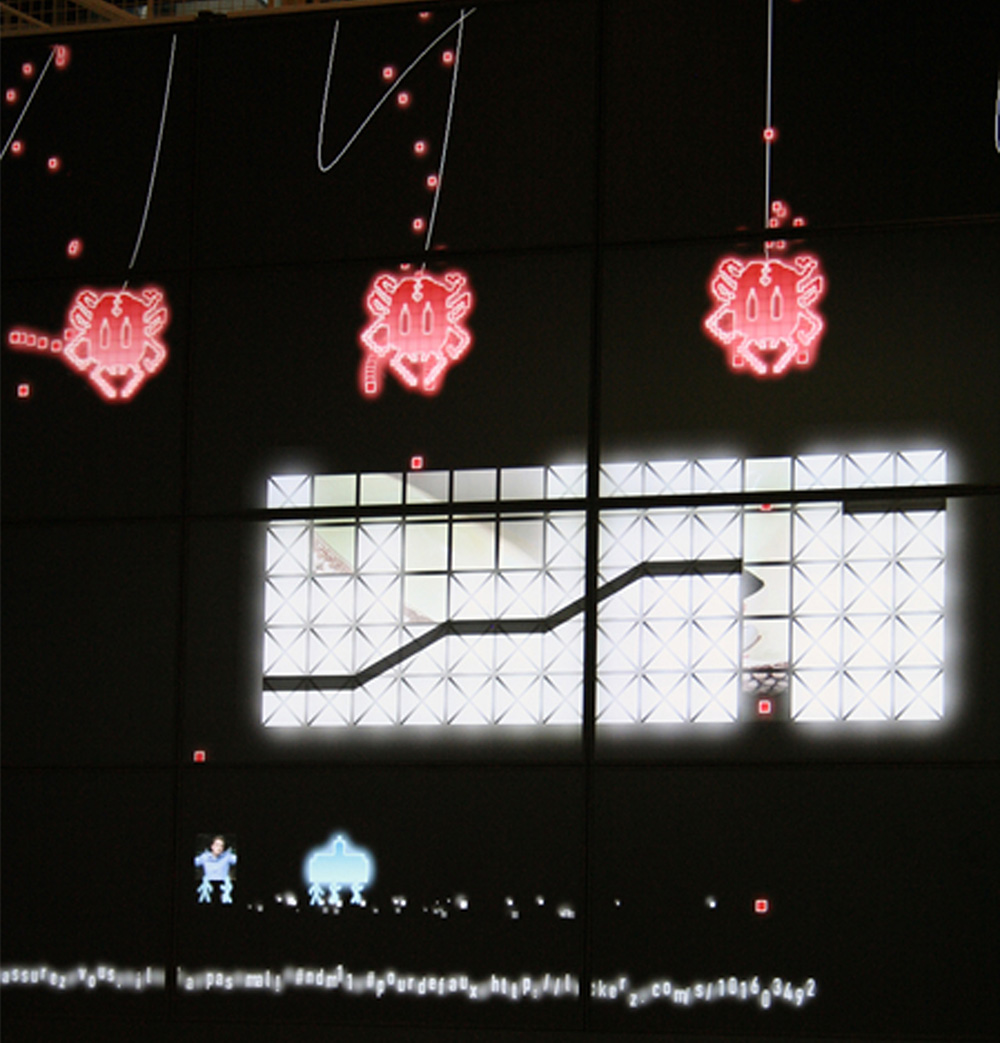 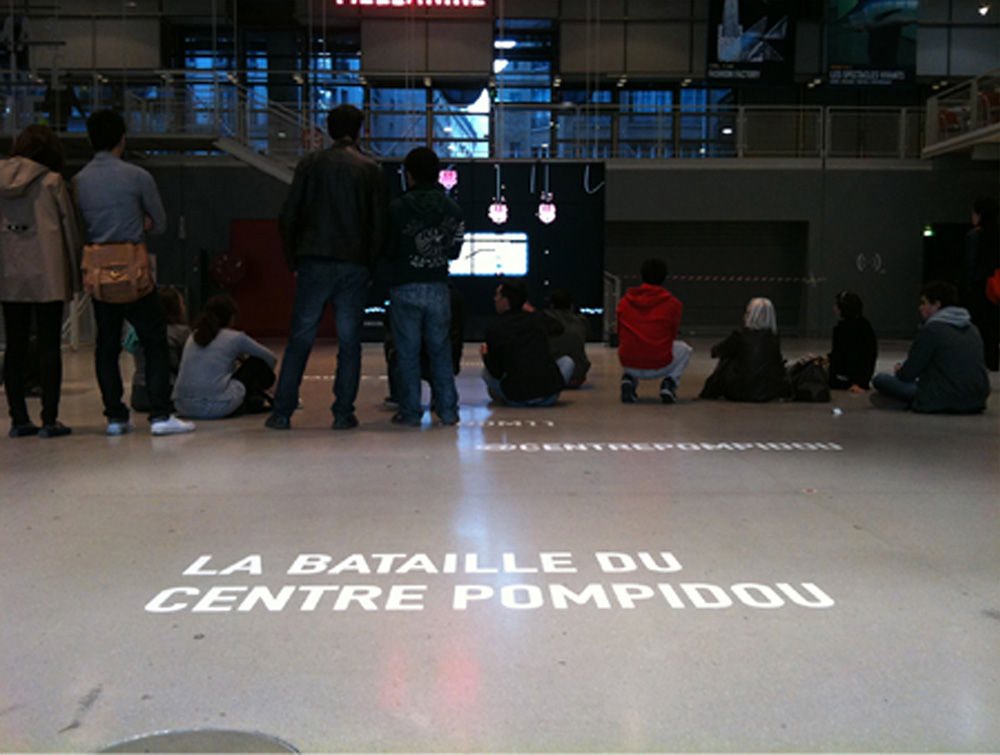 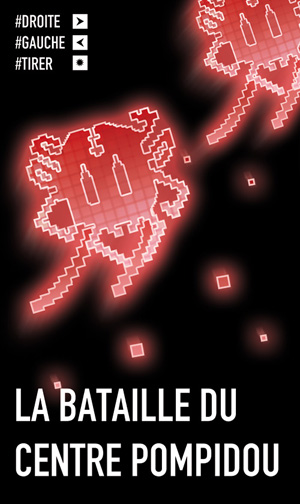 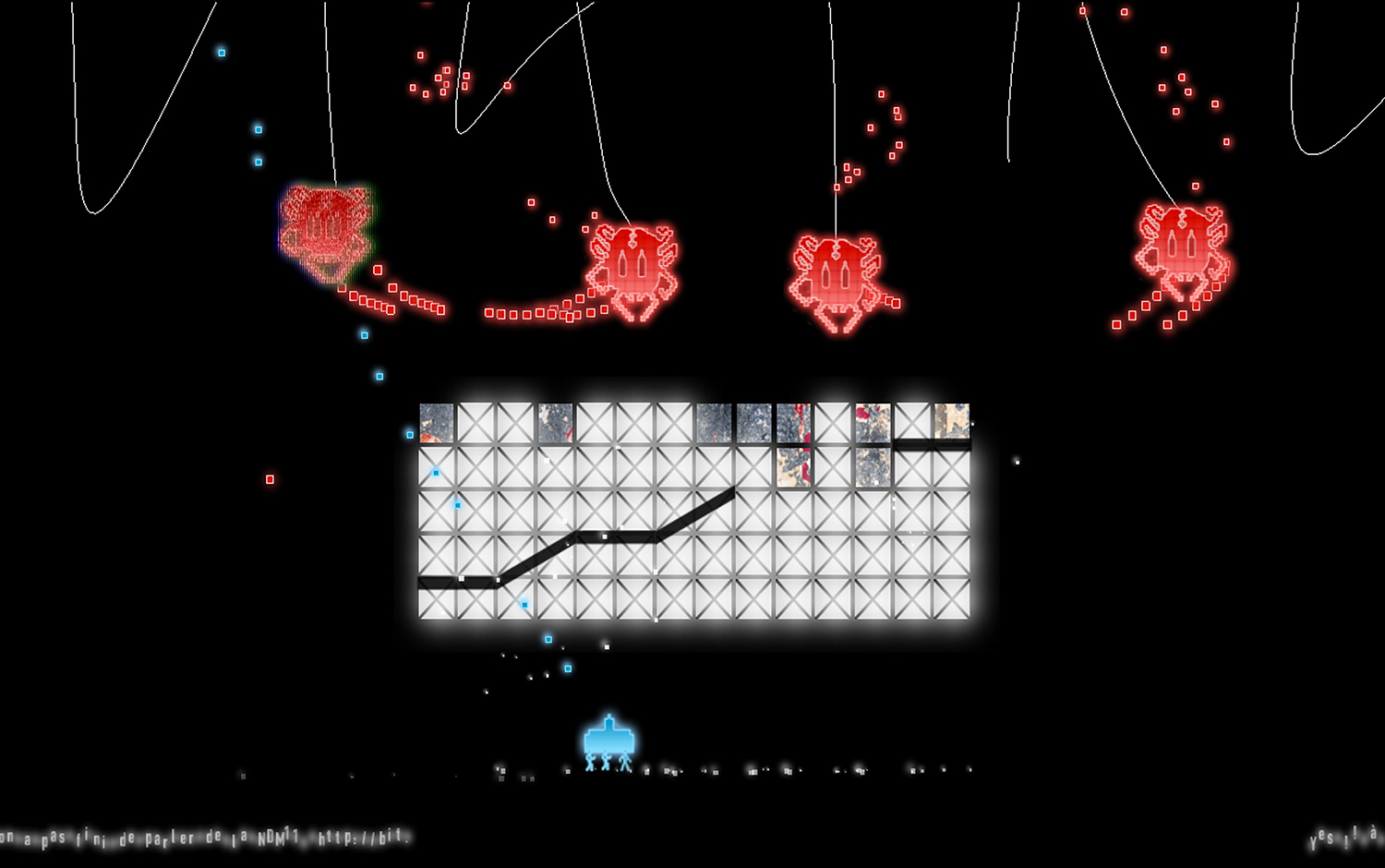 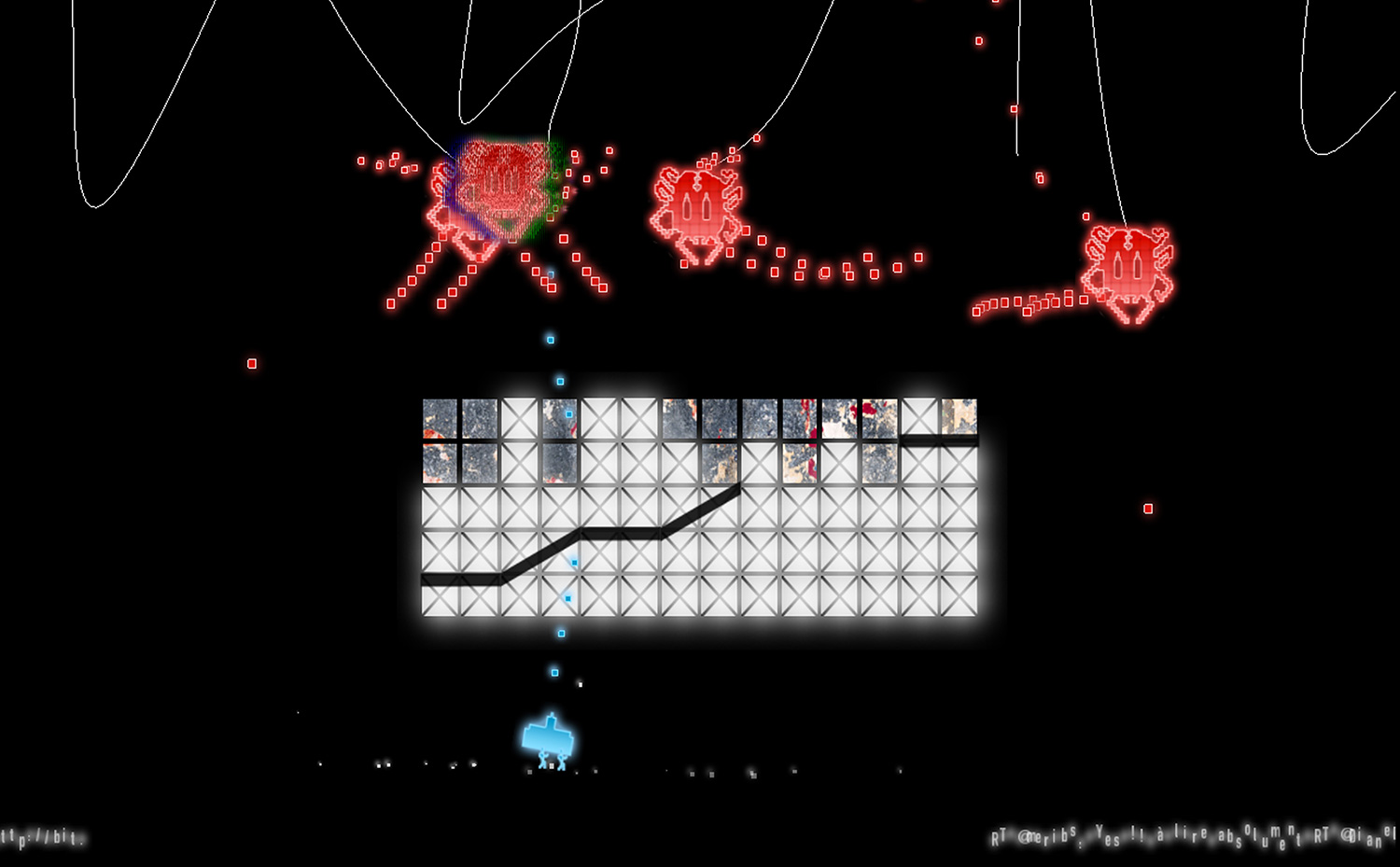 Invaders disaffected and embittered, got wind of Museum Night on twitter (with of course a few years late, as their galaxy is still far from ours and information are slow to reach them. Scalded by a long trip (with a lot of traffic jams and stops in rest areas with smelly toilets), they are determined to destroy the centre Pompidou and its works. Only the twitter users can prevent this invasion either by shooting them, or by showing their culture by finding the names of the exposed works.

La bataille du centre Pompidouis a collaborative game presented at the 2011 Museum Night. Players use their smartphone and their twitter account as a joystick. They are invited to protect the center Pompidou against invaders, either by destroying them or by guessing the name of artworks hidden behind the center, which is destroyed in an inevitable way by enemies. To interact with the screen, the player send the commands as keywords to the Pompidou Center’s twitter account (e.g. #left, #right, #shoot, #title of the work / #name of the artist). Cheat codes are scattered in the form of inscriptions inside the center.