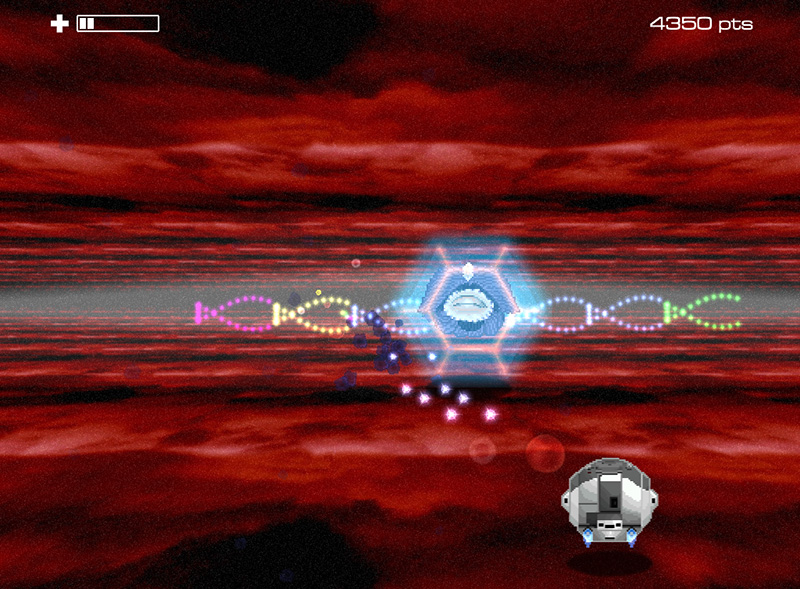 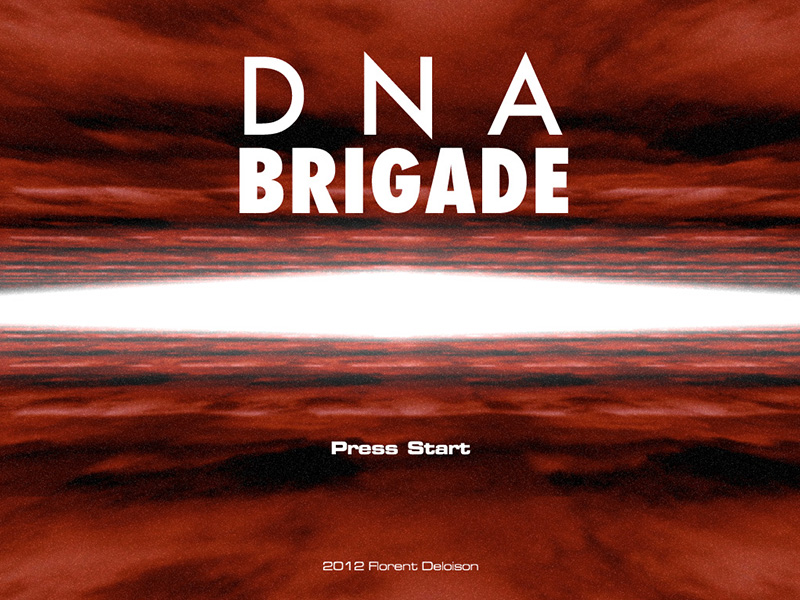 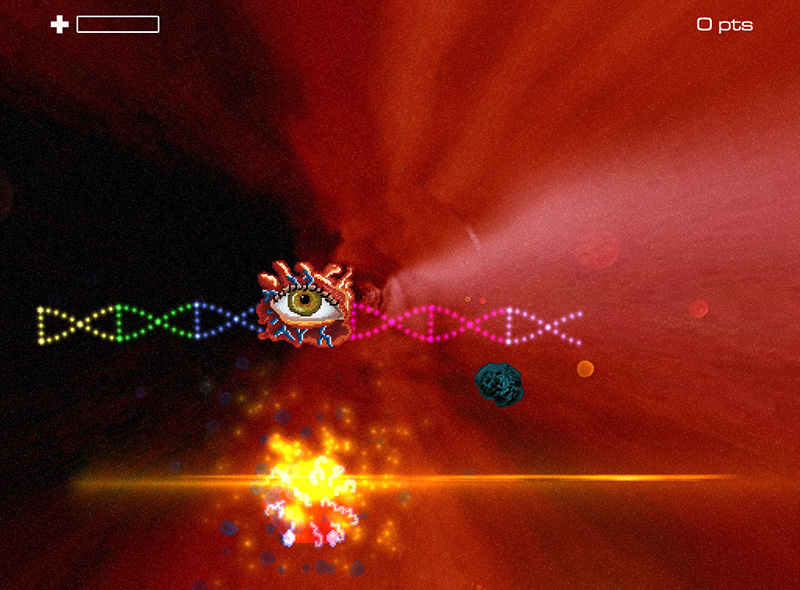 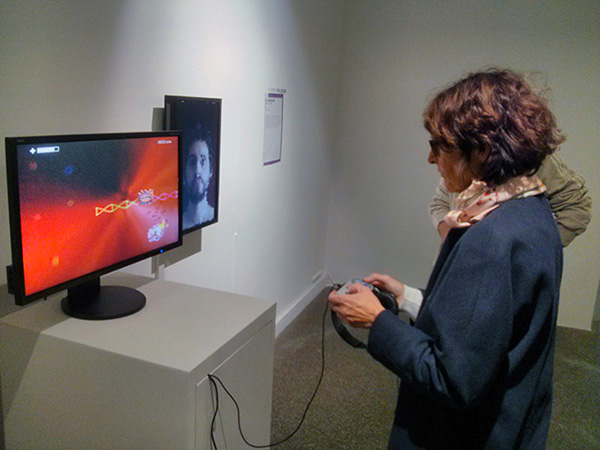 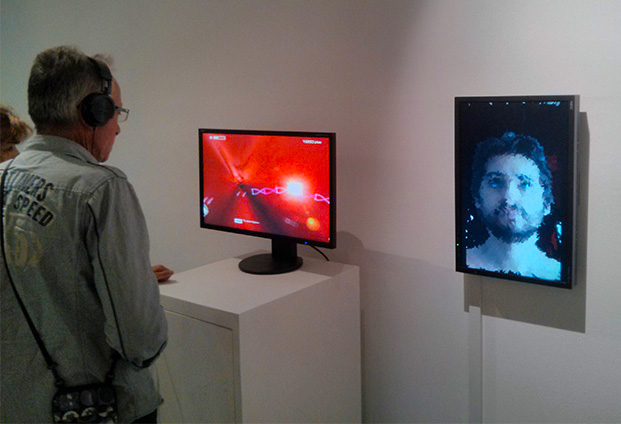 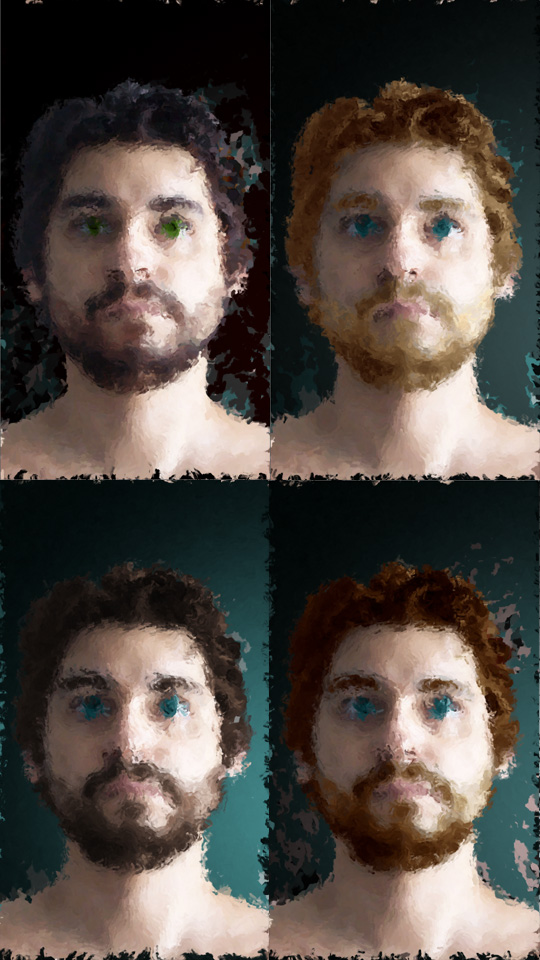 DNA Brigade is a video game where the player controls the ship of the DNA brigade, a team who is miniaturized and sent inside the body of the artist. While modifying and remixing Florent Deloison’s DNA, the player can change parts of his body, reinvent it, or even destroy it. Each level corresponds to a set of physicals characteristics from the artist (eye color, hair, etc.).

Dna Brigade echoes a previous project, Homage to New York, a game whose sole purpose is to destroy it own code. Again, I want to use the game as a tool to change and reshape our environment and its intrinsic code.

The installation consists in a game playable by visitors with a screen and a joypad, and a second screen is disposed in the manner of a painting, connected to the game, and show a portrait of the artist changing in real time with the actions of players.